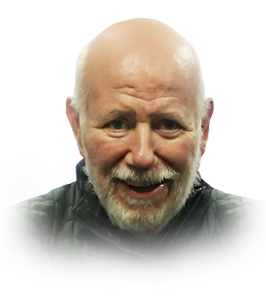 Pete grew up on Frank Avenue as one of the original River Rats and passed away on June 12, 2021 at 68 years of age, two days short of his 69th birthday. Dear husband of the late Judy Sharp (2019). Step-father to Jen (Jan) Kapinya, James (Antonella) Sharp, and Jason Sharp. Devoted Grandpa to Jaret, Dylan, Jacqueline, and Savannah. Son of the late Ersell and Gertrude Sharron. Brother of the late Barbara Dufour (late Ed), the late Earl Sharron (Elaine), the late Earline Eastham (late Larry) the late Ted Sharron (Pat), the late Carolyn Marchand (Dick), Steve Sharron (Laurie), Mary Smitherman (late Neil) and Lu-Anne Hurlbert (Fred). Brother-in-law to Sue Baerg, Debbie and, Pete’s lifelong friend, Rick Piec, Phil and Sue Baerg, Darlene Baerg, and Lisa & Rob Nadon. Fondly remembered by his many nieces and nephews. Pete leaves behind a ton of friends, too numerous to mention, who have so many fond memories and stories to tell about this incredible man, most of which are unfortunately unpublishable. He was funny, quick witted and fearless, with the biggest of hearts. He had a smile and a twinkle in his eyes that would light up his face and melt your heart. He would be there for you any time or place, with beer in hand. Our Petey was one in a million and will be sorely missed, but never forgotten, by those who were lucky enough to know him. If you so desire, memorial donations to VON-Windsor-Essex County (www.voneriestclair.ca) would be appreciated by the family. Cremation has taken place and a private celebration of life will be held at a later date.
To plant a tree in memory of Peter Sharron, please visit Tribute Store
Services for Peter Sharron
There are no events scheduled. You can still show your support by planting a tree in memory of Peter Sharron.
Visit the Tribute Store
Share Your Memory of
Peter
Upload Your Memory View All Memories
Be the first to upload a memory!
Share A Memory
Plant a Tree